Back To More Listings 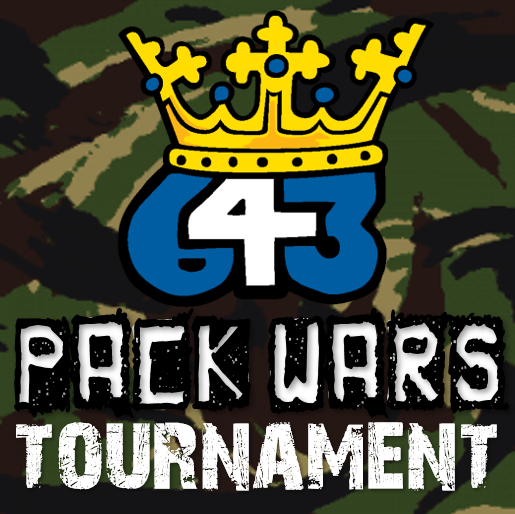 Each time a Pack Wars Tournament is posted, it will consist of one or two featured boxes and a set number of spots in a tournament bracket. Participants will earn the hits from the featured boxes along the way, and there will be bonus hobby boxes for the winners at the end.

In each round, participants will each be assigned a pack from the featured boxes and square off against their opponent. The winner of each round earns the hits fromÂ bothÂ packs and advances to the next round in the tournament. At the end of the tournament, a champion is crowned.

Specific Details for each Pack Wars Tournament can be found in the "Break Features" listing for the tournament.
Grand PrizeÂ

The champion of each tournament earns:
- A personal hobby box of their choice OR Any of the 2nd Place Boxes

The runner up receives:
- A personal hobby box of their choice 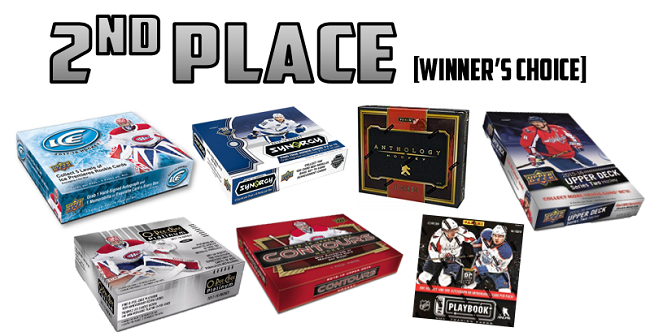 + A wild card satellite for the Pack Wars Touranment of Champions

Determining the winner of a round

I want to keep this as simple as possible to avoid any potential conflicts.
The hierarchy of trump cards is: Regular YG -> Any mem/auto/#d cards -> Canvas YG -> Program of Excellence -> Clear Cut YG --> YG Exlcusives
In the rare event that a mem/auto/#d card is pulled in the same round as each other, the tiebreaker will be lowest numbered base card, no exceptions.Â
Any round not containing a trump card will be won by the lowest numbered base card in the packs.
If there is an all-base pack, it will be beaten by any pack with a hit in it.
In the event that two Young Guns rookies are pulled against each other, the lowest numbered Young Guns card wins.

* The second round of each tournament is a triple threat (3 packs against each other). This is necessary in order to make the total number of spots/packs per box work.Â  ** All spot placements will be randomed before the tournament (they will not go in order of purchase). Â

Satellite Wild Card Spots 643 Members will have a chance to earn entries into a Pack Wars Tournament and the Pack Wars Tournament of Champions via satellite wild card spots. At the beginning of each tournament, all members that have earned a satellite chance leading up to the tournament will be randomized, and the top 4 names (in a regular tournament) or 2 names (in the tournament of champions) will earn a pack in the Wild Card showdown at the bottom-left corner of each tournament bracket. The winner of the Wild Card showdown will earn their way into the regular tournament bracket! Satellite spots can be earned as bonuses in regular box breaks, on the 643 Double Play Bonus wheel, and more. Any questions? Read throughÂ this threadÂ or email Tyler at 643BoxBreaks@gmail.com